One of the joys of making digital collages on my ancient idevices is the occasional serendipity that results from smashing  photos to digitally  “paint” or “light” the ultimate image in my mind’s eye.  The underlying hidden photos are usually personal images or related drawings that have meaning to me to underscore the intent of the final digital drawing (or collage) :). 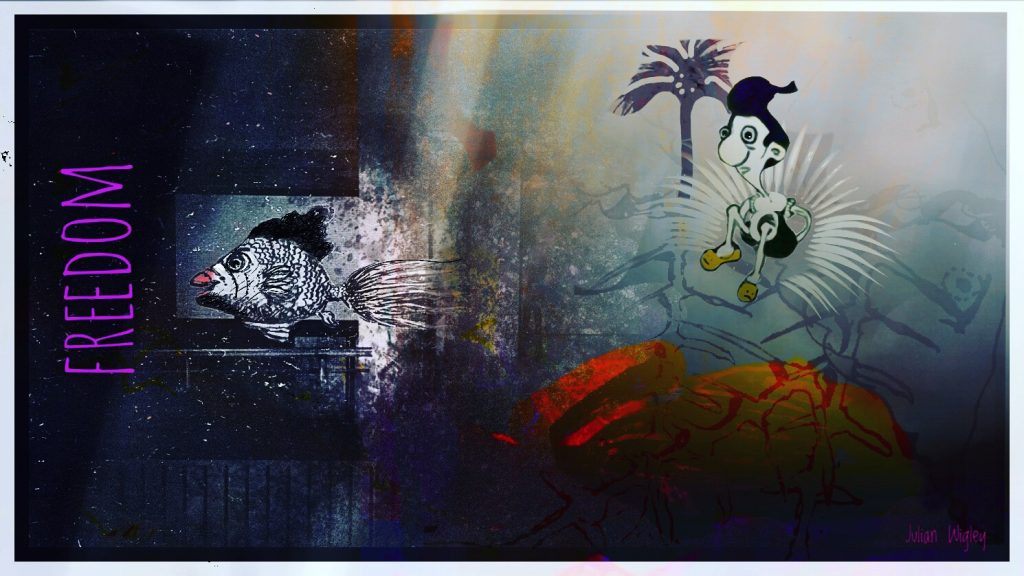 The following series of photos describes the making of Freedom, posted in support of Mr Eatenfish and other refugees detained  by the Australian Government.

Freedom came about during a visit to the National Gallery of Victoria when walking past the “Smiling Buddha” after visiting the Hokusai exhibition. I was thinking about the many creative men and women, wasting behind wire fences in detention camps. 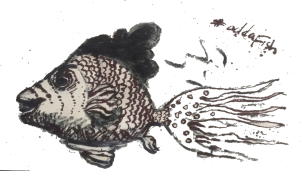 Thinking of Mr Eatenfish visiting  our wonderful galleries with its range of  works from across all cultures and ages. 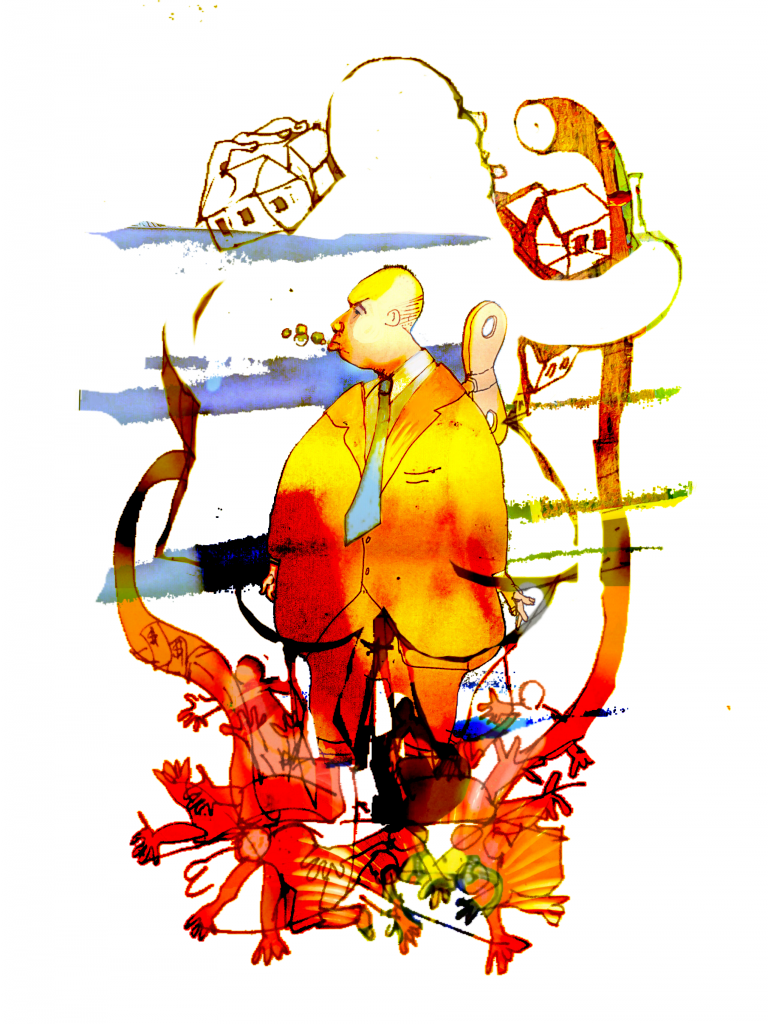 The  ink drawing is  layered with other images mainly from previous addafish drawings  within a paint program to add colour and further form. Working on an idea 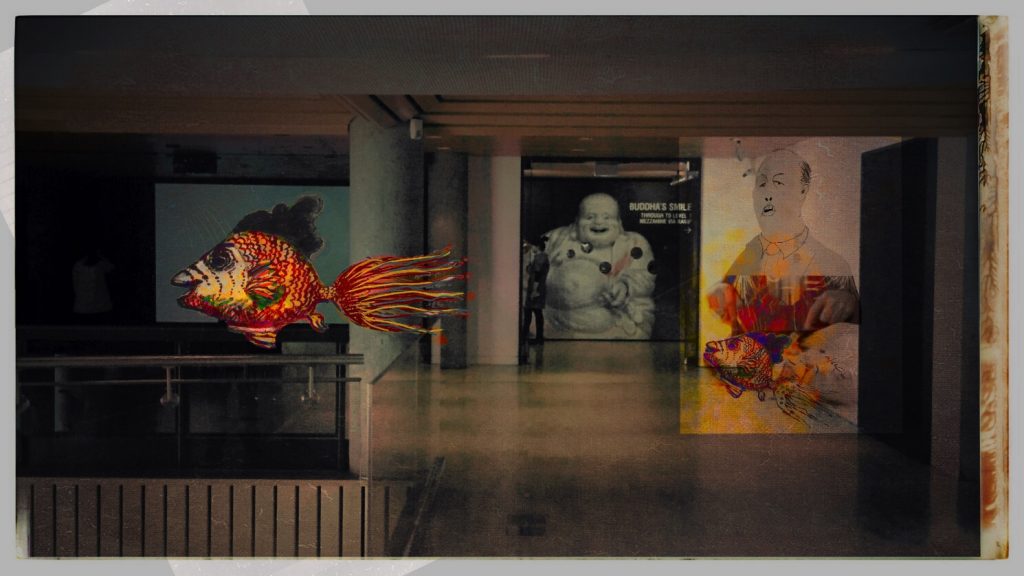 The image above retains colour on the fish  with added images and filters. The idea of Mr Eatenfish passing the Buddha’s smile gallery with Mr Dutton feasting in  mid ground was buried in further layering and reworking. 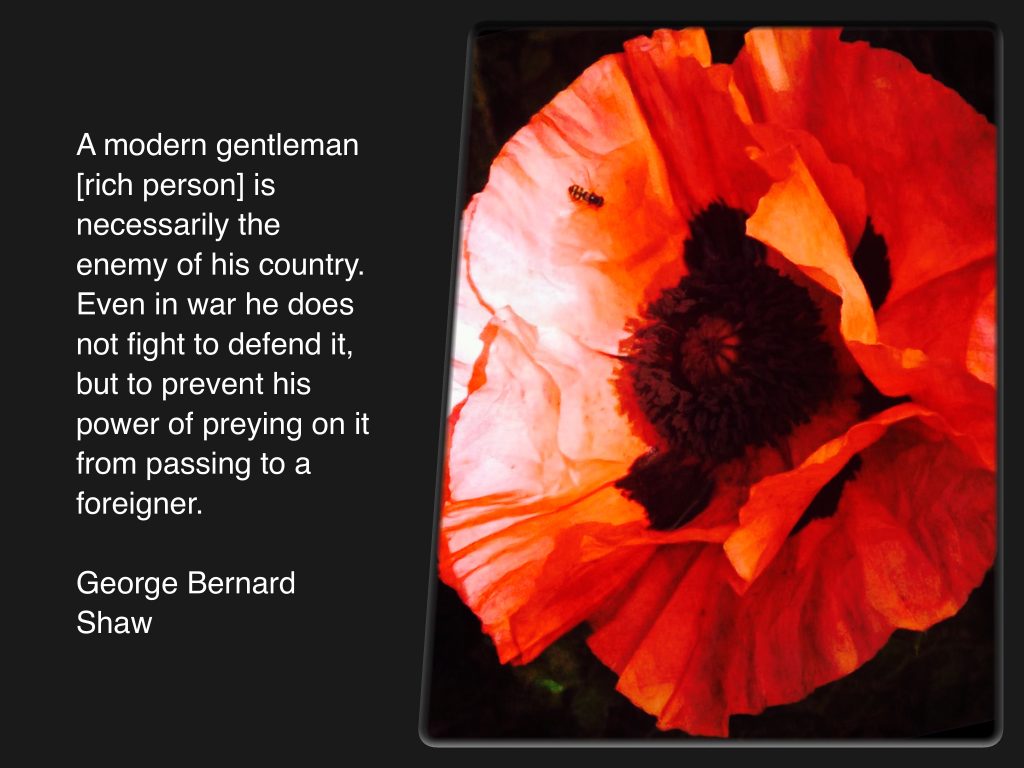 More variations of the main idea is worked through with different photo overlays, filters and working lights and darks. Some approaches are discarded

This image of a poppy with quote from George Bernard Shaw is buried in the image below. The fish colouring has been down played. 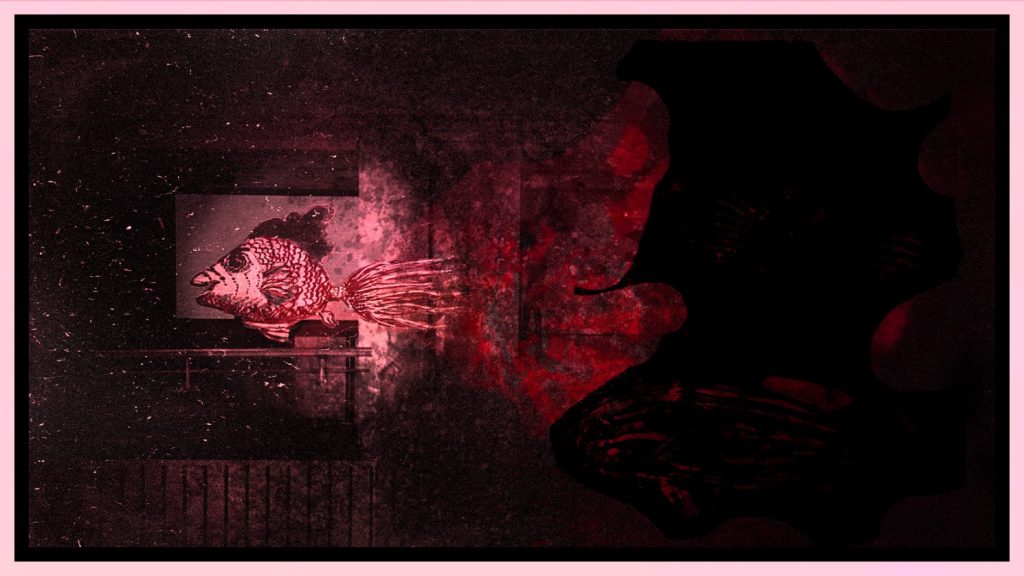 I needed an element that references the addafish campaign and provides continuity. The following drawing was added using Mr Eatenfish’s character ( created by Ali Durrani) . This was combined with the NGV base drawing 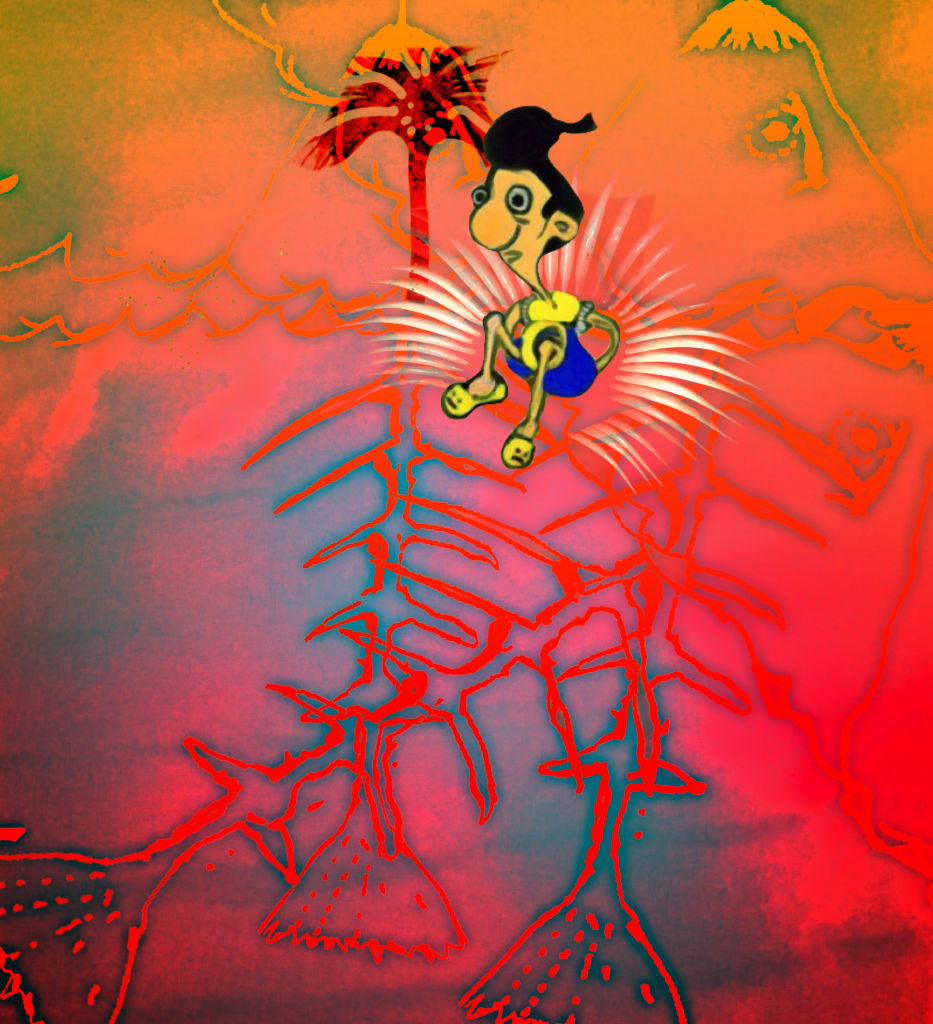 The final selected iteration of the layering of images and filters. The typography was applied using Snapseed app.